So, in the same vein as my blog feature “Friend Files” – I present to you the interview I had with New Hampshire comic book creator, Michael Mitchell. I met Michael recently at the Portland Comic Expo here in Maine, where I introduced myself and we got to talking about his books. Now we’re Facebook friends, and I asked him if he’d like to be a part of this project and he agreed. Thanks for that, Michael! I know you’re a busy guy. Past installments of Eight Simple Questions can be found under the Eight Simple Questions tag on my main blog page.

Note: These are “beginner” questions for folks who are either interested in Michael’s work, interested in possibly getting into writing or drawing comics, curious about the methods comic book writers/artists use, or if you’re just curious in general. These are very simple questions, meant to get a snapshot of what the comic business is like for these particular creators. Tune in to later editions of this blog feature for more interviews with other comic book creators. 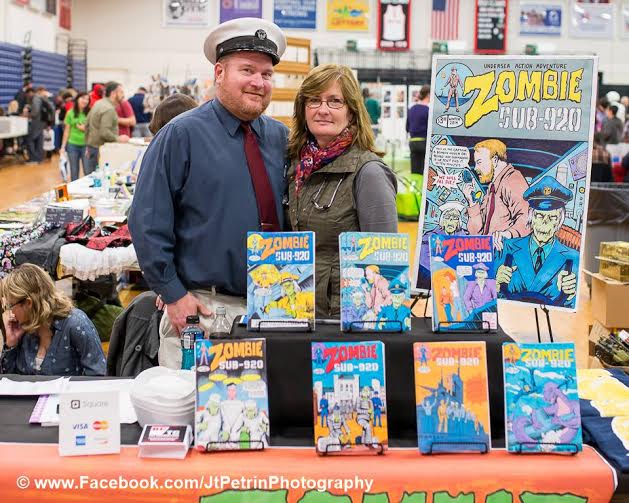 Currently my wife and I have decided to form our own comic book company,(MITCHELL COMICS) although I have done a few anthology projects for other independent companies over the years. I like having our own projects much better in that I don’t have to live up to the expectations of others. The comics we make are the comics and stories we want to share. It is always a little nerve wracking waiting to see if people will embrace the concept you are putting out there, but so far we have been very, very lucky in that many people seem to embrace the core concept that we have presented.

My first memory of making comics was in kindergarten…I was drawing Superman at my desk and suddenly I realized there was a crowd around me, watching me…even the teacher! Later…in the fourth grade I made a six-page thing called Mitchell’s Marvelous Monster Mag… I always was a sucker for alliteration. There was only one hand drawn copy, and I shared it with like eight or so friends. Later in high school I would sneak into the office and run off copy after copy of a comic I called Starland…I don’t ever remember not making comics..it’s just in my blood I guess.

When I get there I will let you know! Seriously, though… I don’t really care much about getting into the “industry”. That path leads to compromise, and marketing, and … the dark side! There is a danger in working for a company you see. My series is successful, I believe, because I have full creative power over it. I write, edit, pencil, ink, color, and produce each issue by hand. What would happen if a company picked it up? Would they let that singular vision continue? I doubt it.

4. What do you think about indie publishing?

I think that indie publishing affords much more to creators than the bigger companies. The big comic outfits are really just corporations after all, and I don’t much trust corporations. When you have ten or more people in a room pitching pennies about how a scene should play out well…in my opinion what you wind up with most often is rubbish.

Oh gosh…way too many to list. I liked Kurt Shaffenburger, Curt Swan, Joe Kubert, and of course Jack Kirby from the Silver age of comics, MAD magazine was a huge influence, which led me to EC and all those greats over there Al Williamson, Frank Frazetta, Reed Crandall, and many more. Really though I was a huge fan of just random shop style comics… the oddball horror or sci-fi stories that would show up in an uncredited Gold-Key comic from the 70’s. I liked the understated anonymity of it. The superstars were great of course, but the workaday artists were often the real storytellers.

I work for myself mostly as I said before, and I truly enjoy it. When I have worked for others there seemed to me to be too much input about how things should look, and what characters should be saying, and it all seems too tangled for me. It tends to seize me up a bit to have to juggle all those considerations. I much prefer working on my own. Of course I am fortunate enough to have my wife Michelle who is a lifelong comic book fan, and has helped me develop these characters, and this story from day one. Anytime I do find myself in doubt about a character, or a plot, or how to frame a panel I just ask my wife…she has great instinct about these things, and she doesn’t hold back from telling me when I have an idea that just isn’t working…she’s just terrific, and she really is better than a whole room full of production people.

7. How do you make your own work stand out?

My work tends to have it’s own look simply because it is done entirely by me, and entirely by hand. It sounds a little pretentious, but it is reality to say that every page is a blank piece of paper until I write, pencil, ink, color, and letter it all by hand….how many people are doing that today? Not too many. When you pour your whole self into something, it tends to stand out.

8. What’s one piece of advice you would give to someone trying to create their first comic book or graphic novel?

Don’t listen to anybody trying to discourage you…tell them all to go to hell! Even if the person telling you to quit is the person looking at you in the mirror every morning…tell yourself to go to hell! Listen…first thing you have to know about making a comic is that it is hard work…really hard work! Second…it’s really hard work…that is why you gotta pump yourself up and work at it every day. Third…it’s really hard work! That is why you can’t afford to spend time doubting yourself or listening to others who doubt you…put on your grown-up pants and get out your tools, and get to work! Fourth…don’t ever forget that this is hard work. It’s all fine and well if you are doing this for your own head, but if you want to get out there and sell this thing then you better have a sense of what makes a good story, and what is interesting visually…that gives you a lot of room…it really does! Even though there are many ways to have a successful comic,it does not mean you are up to the task just yet. Should you give up if your comic isn’t quite there yet? HELL NO! If you really want to do this keep doing it. I made at least 4 or 5 floppy titles before I hit on ZOMBIE SUB-920…and I got really lucky that I found a hit so early! If you have a vision, or a story you want to tell, then it will come out of you eventually…just keep at it! Keep working at your comics everyday because don’t forget…comics are very hard!

If you enjoyed this mini-interview with Michael Mitchell, please check out his ONLINE STORE where you can find information on all his products, including his book Zombie Sub – 920. Also, make sure to check out the Facebook page dedicated to Zombie Sub-920, where you can see Michael’s updates on the book – which you can find HERE. 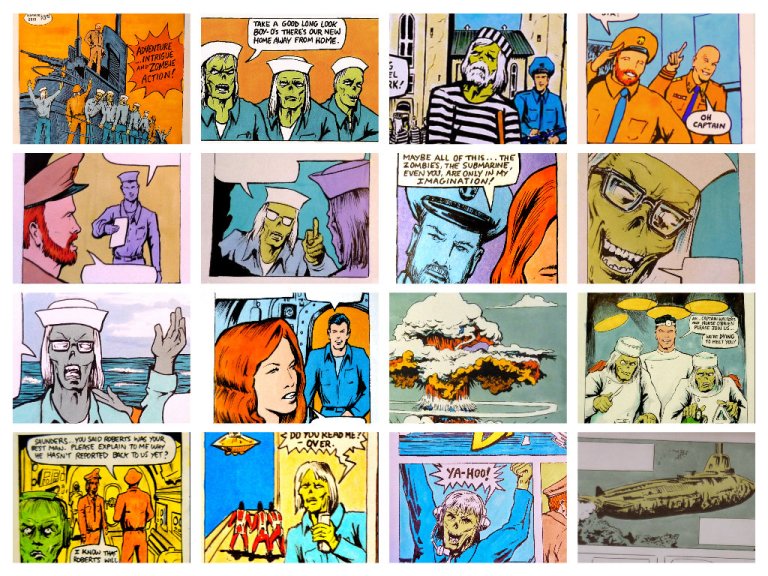 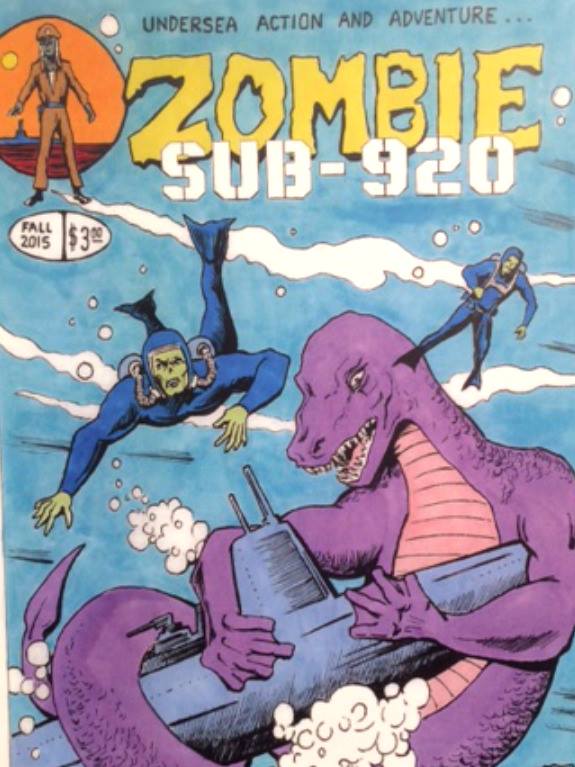