So, in the same vein as my blog feature “Friend Files” – I present to you the interview I had with local Maine comic book artist, Ryan Wing. I met Ryan at a couple of comic conventions and then more formally at a mutual friend’s (Rick Parker – who has done a FRIEND FILES interview with me already) dinner event one day. Ryan is a super-nice guy and has created a character called the October Ghost, who is an homage to pulp heroes of the past as well as tongue-in-cheek humor similar to The Tick or Mystery Men. Ryan is a pretty busy guy with lots of local conventions and events to attend lately, so thank you so much for doing these, Ryan! Past installments of Eight Simple Questions can be found under the Eight Simple Questions tag on my main blog page.

Note: These are “beginner” questions for folks who are either interested in Ryan’s work, interested in possibly getting into writing or drawing comics, curious about the methods comic book writers/artists use, or if you’re just curious in general. These are very simple questions, meant to get a snapshot of what the comic business is like for these particular creators. Tune in to later editions of this blog feature for more interviews with other comic book creators. 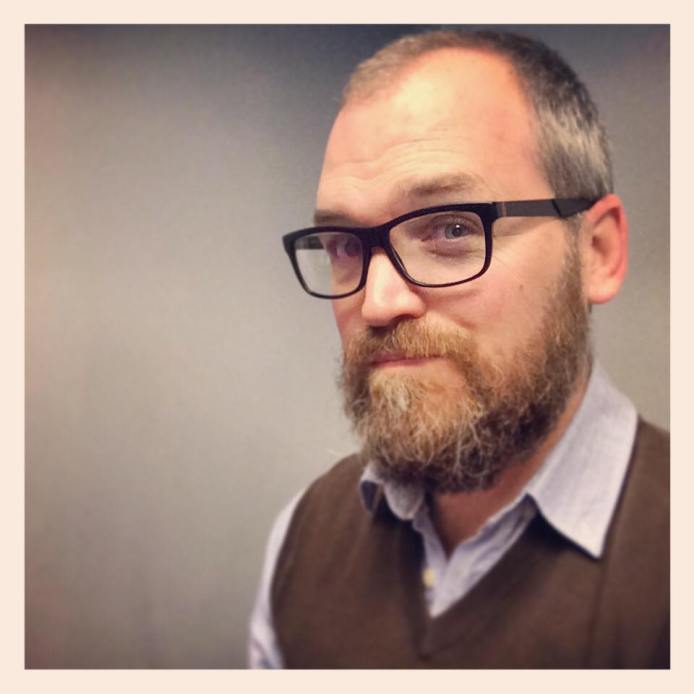 For the past five years, I have been the creative director for AP&P Comics. It started out as a three person collective, a group of friends who wanted to make comics for the love of the art form. We have since scattered, due to geography, so I have shifted my focus to my own Unexpected Press self-publishing efforts. My character, The October Ghost, is where I am focusing most of my energies these days. It is my homage to pulp adventure, silver age hi-jinks, set in a coastal Maine city of Stormwell. This has been composed of small serialized random adventures, with a larger graphic novel in the works for late 2016.

Growing up in the ’80s, I was there at the height of commercialism and comics as common media. There was a comic out for every Saturday morning cartoon, where I was originally introduced to many of the popular licensed properties. Spider-Man And His Amazing Friends, G.I. Joe, The Incredible Hulk (Bill Bixby), Batman (Adam West),  and the Super Friends set up the archetypes of the modern hero for my ten year old mind. Once my classmates and I discovered that we could follow these worlds in print, by either purchasing them at the local drug store or flea market, I was enthralled. The next realization was that we could do this ourselves. If I wanted to tell a story in comic form, all I needed was folded sheets of typing paper, pencils, and some pens to make my own. This stuck with me and since grade school I have subscribed to this belief. Much like writing and performing music with friends that we wanted to hear, it was the same way for comics. With the October Ghost, it was a direct reaction to dark, brooding, “realistic” hero comics. I loved reading fun, light-hearted, and bizarre adventures. I prefer reading about characters facing supernatural odds or completely absurd science creations all in the same page. This medium allows for anything imaginable to take place and I want to embrace that fact.

Being an independent publisher, there were really two hurdles to get over. The first was deciding to simply make the comic in the first place. The first project I was involved in was intentionally a ‘zine-approached mini-comic anthology. Seeing the results of this, we then looked at it and asked, “Wouldn’t it be great to see this in an actual full color comic?” That’s what we went ahead and did. Realizing that all you need to do to make a comic is simply needing to print your work is a common obstacle. People often don’t feel that they can get into comics unless it is for the less than handful of big, known publishers. The second one is the common artist’s issue of comparing oneself to others. Accepting that you are entering a field that has been around since the 1930’s with a higher talent-to-published ratio can create self-doubt.  You will read phenomenal stories, see dynamic artwork,  be presented with the most stunning book design imaginable. This needs to be used for fuel to make such things yourself. Accept that you are constantly learning and are going to improve through much effort and dedication. You gain confidence and skills through constantly making your works.

Not since the black and white indie days of titles like Cerebus, Teenage Mutant Ninja Turtles, and Strangers in Paradise  has there been a better time for independent/self-published comics. Even the Kirkman Manifesto, where he put forth that creators should only work for the big two to gain exposure and then migrate back to self-publishing, is looking to prove true. Image Comics, once known for being the style of the ’90s over progressive substance, is now the desired home for countless creators. It can be argued that they are not “indie”, but their model is. They front for the costs and production  of the book, with creators retaining rights and profits after Image is reimbursed for their expenses. Self-publishers, none better than Terry Moore’s Abstract Studio, have the great freedom of telling any type of story that they want. Comedy, horror, suspense, and adventure can be told intertwined to the creator’s sensibility. The down side to indies is that they are often not  taken to the next step that would be found at a major publisher, an editor. Since there is creative freedom, the creator does not always know when to make the best choices for a story without some external feedback. Editors also have the task of keeping books coming out on time and in the format initially intended. I have stopped buying comics from major publishers and instead head to Kickstarter for my books. In that arena, I am seeing the most innovative concepts make it to the page. Typically these are always self-contained books, so a fully envisioned story is present. I encourage comic lovers to look there to see the future of indie publishing.

The first time I saw Mike Mignola’s art, my mind was blown. I couldn’t wrap my mind around his approach. For a time I believed that he achieved his look by using a cut paper collage approach, since he allowed such swaths of solid color against massive blacks, articulated with black line patterns to define the character. Infused with that is my adoration of Universal Monster movies and their adaptation of both German expressionism and the European landscape. Since it is early cinema that is character focused, it relied heavily on actors’ expressions, physical movement, and composition. These relate directly to storytelling in comics, for me. Mignola has pulled from this era as well, to inform his approach is both his art and story structure.

Time. Plain and simple. Since the work I do is in addition to a day job, I need to schedule time to work on a book. As I am doing right now in writing this, I am stealing moments between lunch breaks, waiting for meetings to start, and early morning hours to tackle writing and plotting. It is a series of small steps to lay the groundwork for tackling the work directly. Once these blueprints have been laid, the rest is scheduling personal time to work on the finished art. If this were a full time gig, it would be easier to set personal office hours. There is also the crucial editorial element that should be considered by all indie creators. I find that peer reviews and critiques should be in place at certain steps of the creation of a book. I want to put out the best book I can and I know that having other creators or reliable friends who gave give constructive feedback will only help the process. This, again, requires more time.

It has taken me many years to start feeling comfortable with the work I make. I feel that each creator’s strengths is simply celebrating what they love to do. This is where my work now can be recognized. I have a pulp character with bright silver-age colors and strong design elements. My background as a painter helps in much of this, but the enjoyment of making the products, telling the stories, and sharing my enthusiasm is what brings it forward to new viewers. Still, having a quirky, bright hero pops against most modern darker and “realistic” conventions. I like fun comics and it shows.

Rats! I mentioned the editorial piece earlier. This is still something I would push, once it is past the first couple drafts. The actual advice I would give is to make something you would want to read. I’m not saying make a story with a character you know, but something that sparks your own interest. Don’t be comparative with your first work to other books. Make it first. Always keep working until it has been completed to achieve that first goal. Use the second book you work on as your signature piece, using all the lessons you learned from the first. You will make mistakes. There will be errors. You be a better artist/storyteller than when you started the project. Accept these and keep progressing.

If you enjoyed this mini interview with Ryan Wing, please check out his WEBSITE where you can find information on his Maine pulp hero, The October Ghost – as well as other projects and his convention/event appearances. You can also follow Unexpected Press on TUMBLR, as well as on TWITTER. 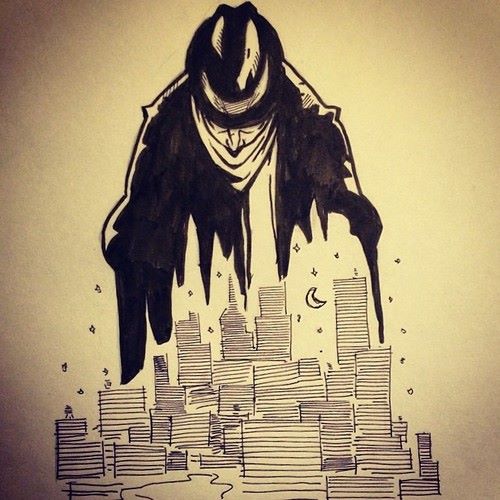