For this edition of Top Ten, I’ve decided to focus on my top ten favorite male actors. Hey, now – the ladies are coming in another post (sneaky way to get multiple posts, eh?), so just relax. For each actor, I’ll give a brief explanation of why I like them and then post three pics. The Good (Best Role), The Bad (Worst Role), and The Sexy (A ‘Sexy’ Pic Because Why Not? They are celebrities after all, right?). With all that said, let’s begin.

Liam Neeson definitely deserves to be in my top ten. He’s Irish (like me), kicks a lot of ass, and has starred in some heavy roles. Whenever I see a Liam Neeson film, I know I can expect either a gritty drama or an intense action joyride – though he has also proven his comedy chops on occasion. He’s portrayed everything from historical figures, to a Jedi Knight, to an avenging father, to a guy who punches wolves in the face with broken glass. The only reason he lags behind others on this list is mostly just because even though the guy can act – he mostly does action flicks. There’s nothing wrong with that – it’s just that next to someone like Anthony Hopkins, he might be a little overshadowed.

THE BAD: Neeson played Dr. David Marrow in the much-maligned movie, The Haunting.

THE SEXY: Liam Neeson has a particular set of skills, which apparently consist of walking around shirtless. 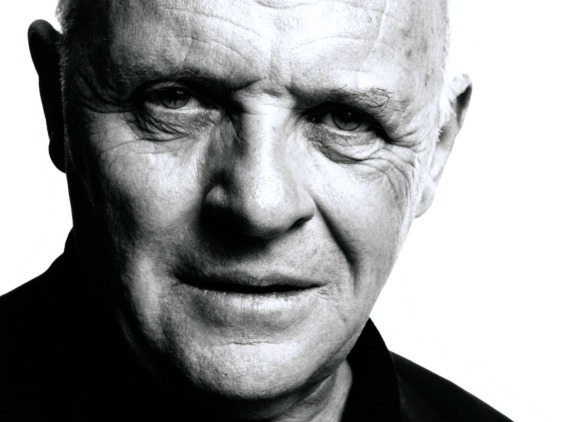 Anthony Hopkins has always been one of my favorite actors. He is extremely talented, has a very classy style about him, and yet he can be downright terrifying when he wants to be. From Santa to Satan in only two seconds – that’s pretty impressive. He’s played everything from a cannibal, to Odin, to a dying billionaire, to Nixon, to the brutish vampire hunter – Van Helsing. The reason that he’s so low on my own list isn’t due to skill – but right now it’s due to relevance. I haven’t seen Mr. Hopkins in anything in a good while aside from his so-so performance as Odin in the Thor/Marvel films – but his body of work stands as a testament to his skill as an actor and he will always be one of my favorites. 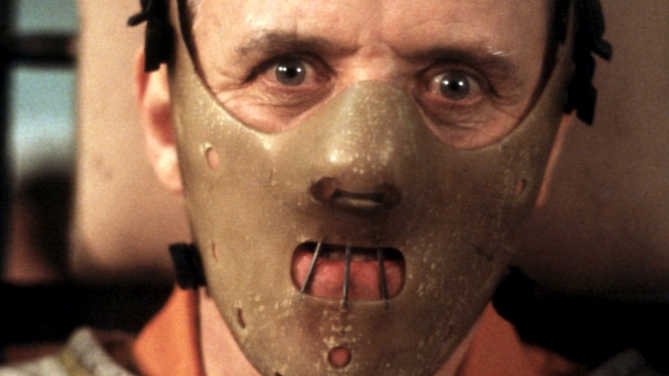 THE GOOD: When Sir Anthony Hopkins played Dr. Hannibal Lecter in Silence of the Lambs – he was terrifying and magnetic.

THE BAD: Sir Hopkins phoned in his role as Gaylord Oakes in the terrible movie, Bad Company.

THE SEXY: Look at that smolder. I always said he looks like an older, whiter, Idris Elba. 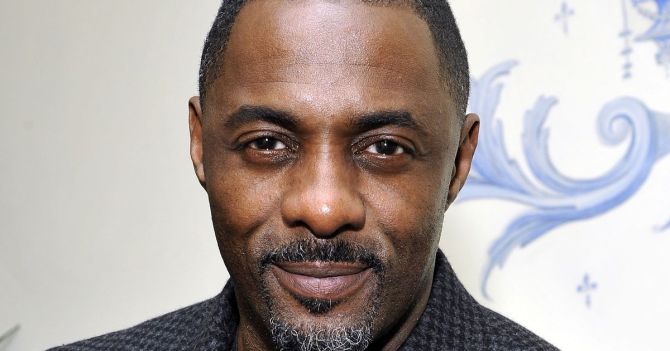 Idris Elba is an actor who sort of came out of nowhere for me. I hadn’t really seen him in a lot of projects, but then all of a sudden he was in everything – and the quality of his acting made me look out for him elsewhere. He’s played everything from a drug kingpin, to a demi-god, to a soldier, to a futuristic soldier – and on top of that, the guy is also a DJ. The reason I placed him above the final two in my list is because I think Elba is going to be hitting his stride over the next couple years. He has certainly perfected his craft at this point, and now that he’s becoming more recognizable over here in the United States due to his stint on The Wire and his role as Heimdall in the Thor/Marvel films, he’s sure to be offered bigger and better roles in the near future. As it stands, he’s a terrific talent.

THE SEXY: I think pretty much all the women I know just love looking at this man. 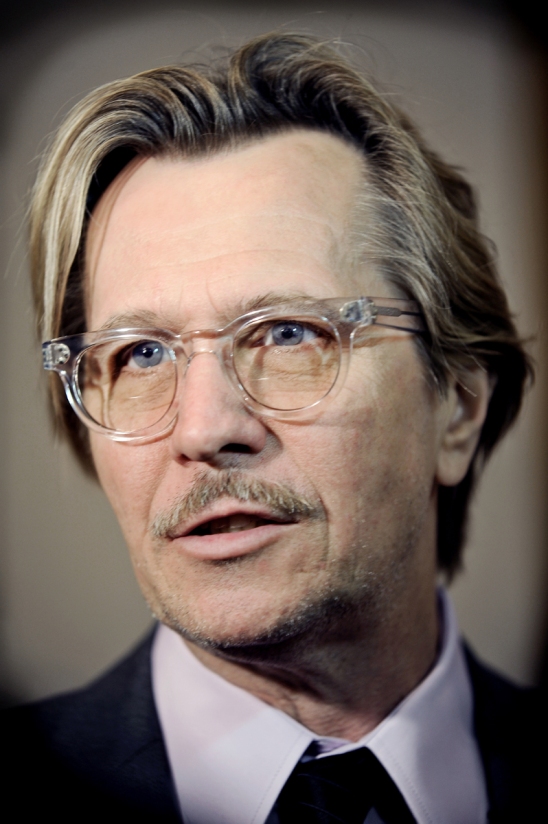 Gary Oldman is one of those actors who is so good at what they do, you often don’t realize it’s the actor you know. Gary Oldman has the uncanny ability to slip into his characters like a second skin, and he has played so many different kinds of characters at that; he’s played everything from a police commissioner, to a vampire, to a kung-fu peacock, to a rogue wizard, to a presidential assassin. Oldman has literally done as many kinds of roles as he can get his hands on, and it takes talent, real talent, to make them all unique like he has. The reason he passed up some of the others on my list is that he has a massive amount of good roles already, and he is still relevant today, making great new work where some of the others have their best work behind them or they are just starting out.

THE GOOD: Gary Oldman took on the role of Commissioner Gordon in Christopher Nolan’s Batman trilogy.

THE BAD: Believe it or not, Gary Oldman actually played a dwarf (!) named Rolfe in the film Tiptoes. 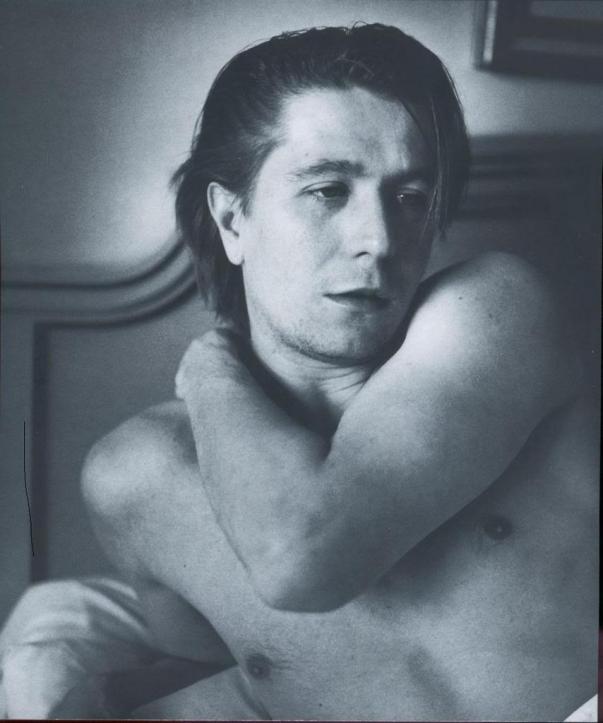 THE SEXY: Gary Oldman as not such an…old man.

Johnny Depp is an amazing actor, the ladies (and many men) love him, and he plays many interesting roles. He has worked a lot in the past with director Tim Burton, who for a while seemed to use both he and his own wife Helena Bonham Carter as actors in most of his films. With his extreme talent, Depp has portrayed everything from a crazy writer, to a crazy pirate, to a literally-crazy mad hatter, to a crazy barber. (We get it, Depp – you’re nuts) The reason Johnny is so low on my list is because lately it seems as if he’s choosing some terrible roles. The first time Johnny played Edward Scissorhands was genius. The second, third, and fourth times he played the character in other films were not. However, he still remains somewhere in the middle because I think he’s still got a few surprises left up his sleeve. 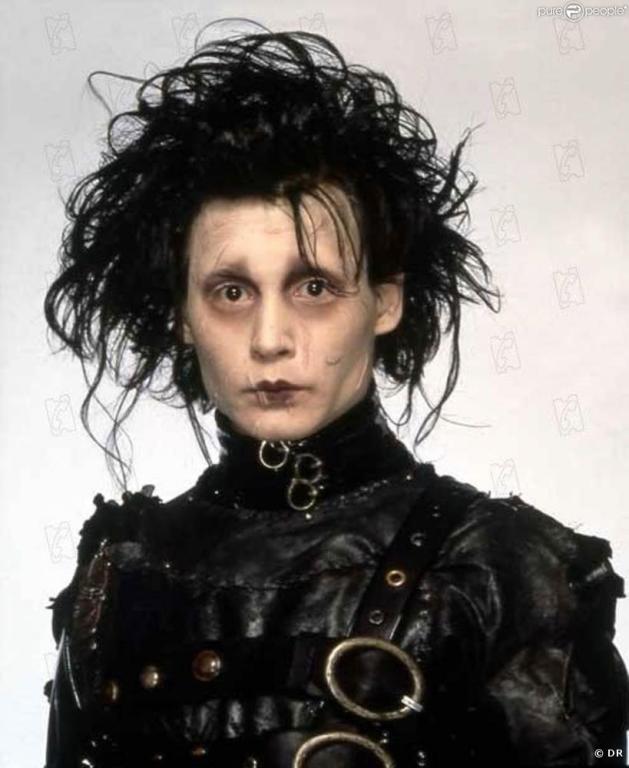 THE GOOD: Johnny Depp’s portrayal of a man with scissors for hands in Edward Scissorhands cemented his superstar status. 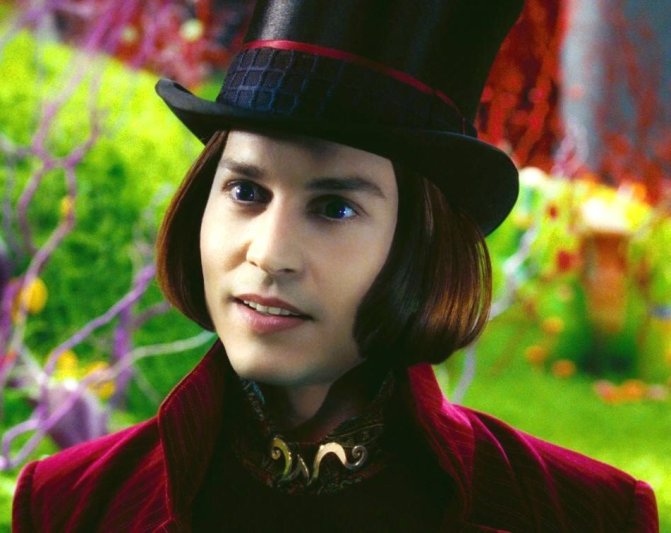 THE SEXY: I can’t be depressed. I mean, the guy is cool.

Robert Downey Jr. and Johnny Depp seem to be from the same school of acting, figuratively. They are both from the same era, essentially, and they are both superstars. Robert has had a much more tumultuous career than Depp has, and the difference is that while Johnny seems to be on the downswing, Robert seems to be forging a new, golden path ahead of himself. Robert Downey Jr. has portrayed everything from a billionaire superhero, to a bumbling thief, to a Victorian detective, to Charlie Chaplin. I don’t think we’ve seen all that Robert has to offer and I think that once he’s done with the Marvel films, we’ll perhaps see him get back to his roots with another quirky film or two where he can really let loose.

THE GOOD: Robert Downey Jr.’s portrayal of Harry Lockhart in the noir Kiss Kiss Bang Bang is a frenetic joyride. 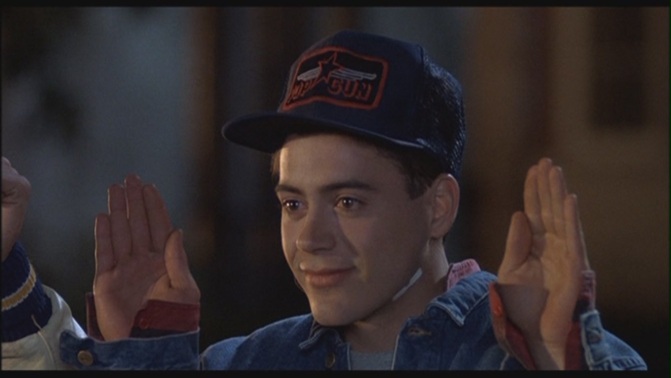 THE SEXY: People like tight shirts for this kind of thing, right? 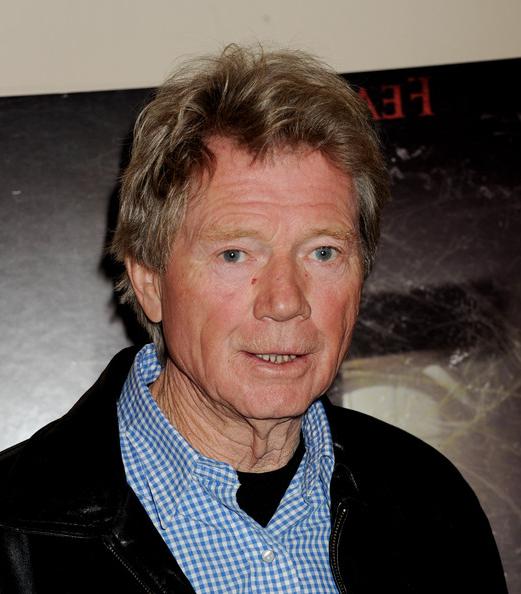 I converted to being a Michael Parks fan after seeing his performance in Kevin Smith’s film, Red State. Up until then, I had only seen him in a few other things. But Parks has a crazy energy and I believe every single word coming out of his mouth as he’s acting, and that’s impressive. Few actors I know have had one singular film which showcased all of their particular talents as much as Red State did with Michael Parks. Aside from crazy preachers, Michael Parks has also portrayed everything from a town sheriff, to a mining company owner in the 1800’s, to an eccentric Canadian serial killer. I put Parks so high on my list not just because of his performance in Red State – but also because of his comeback in Hollywood. For such an amazing actor, he’s been given so few roles, a product of his blacklisting after the 1970’s when he spoke out against aspects of Hollywood and about his show, Bronson. I think it’s great that he made such an awesome comeback and I hope we see more of the guy.

THE GOOD: Abin Cooper, played exquisitely by Michael Parks, is the antagonist in the film Red State. His performance is terrifying and electric.

THE BAD: In Death Wish V, Parks played an Irish mobster named Tommy O’Shea – and the film is garbage.

THE SEXY: Michael Parks back in his younger television days. 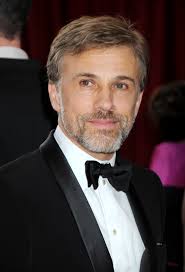 My very first experience with Christoph Waltz was watching him under Quentin Tarantino’s command in the movie Inglourious Basterds as a Jew-hunting Nazi officer. I was mesmerized, and so were many others. Then, Waltz appeared in Django Unchained, as a good guy this time, and won us over some more. He has portrayed everything from a bounty hunter, to an SS Officer, to a horrible boss, to himself. Waltz has an unavoidable kinetic charisma as well as a bubbling interior that comes out in his more traditionally “evil” characters. He lags behind some of the others on my list because he doesn’t have a very large, recognizable body of work under his belt. Still, he’s one to watch, for sure. 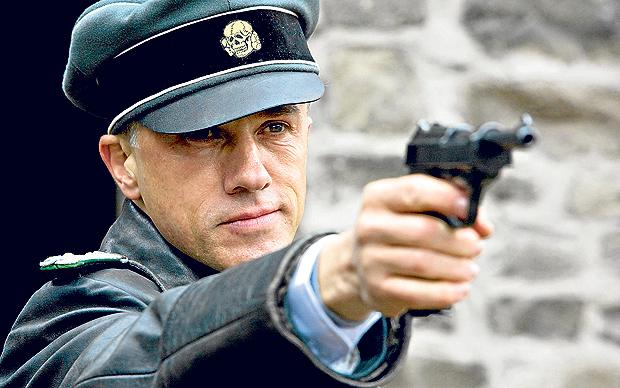 THE GOOD: Christoph Waltz portrays icy killer Colonel Hans Landa in the film Inglourious Basterds – and he steals the show.

THE SEXY: You should see the Tumblr dedicated to this guy. 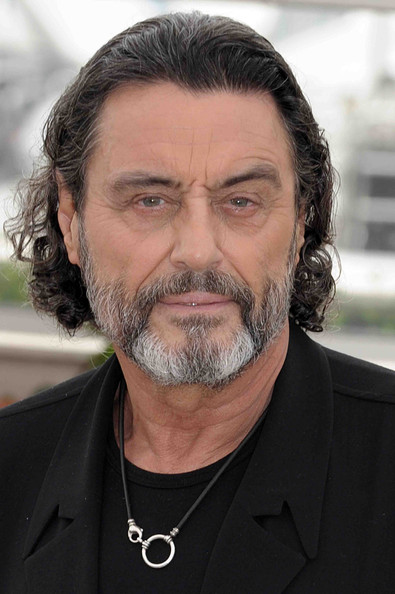 Ian McShane is an amazing actor. Really. His portrayal of Al Swearengen in the television series Deadwood actually kept me watching Deadwood even though the series wasn’t ever properly finished. When he’s acting, it really just feels like he’s not. It’s like that character is who he was born as. But then you hear him speaking in an interview and realize that he’s a completely different person. He’s portrayed everything from a disapproving father, to a saloon owner, to an Greek fighter, to a pirate. Pretty much every role he touches is worth experiencing at least once, and I hope he comes out in more feature films in the future although his television roles are really great, too.

THE GOOD: Ian McShane will forever be associated with Al Swearengen by me. Brilliant performance.

THE BAD: Though McShane is the best choice to play Blackbeard, Pirates of the Caribbean III was awful.

THE SEXY: Because you want to see that, don’t you, perv? That poor doggy. 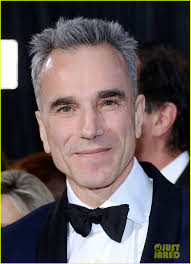 What’s the deal with all these talented English actors, eh? Daniel Day Lewis rises above all the others in my list because he’s just amazing and not only morphs into the characters he portrays, but he does so with an intense routine, an intense dedication that few other actors match. He’s played everything from a physically disabled artist, to a gang leader in New York in the 1800’s, to President Abraham Lincoln, to an oil tycoon. His work is magic. He will be my favorite actor for a long time, I’m sure.

THE BAD: In Nine, Daniel Day Lewis stars in a musical as Guido Contini – the Italian musician, but he (the character) is sort of annoying and the film is pretty bad. 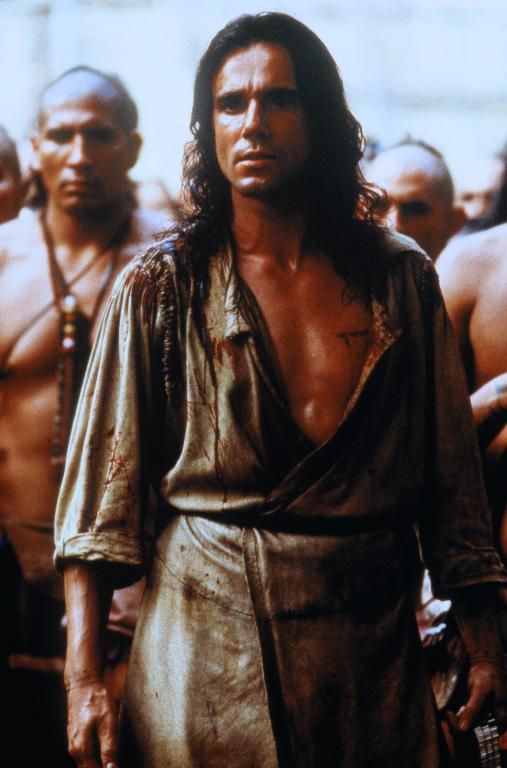 THE SEXY: Yeah, you all remember this. You know you do.

And that is that! Let me know if you agree, disagree, or want to put in your own bids right in the comments below. Also, I have to give some Honorable Mentions for this as well.