*NOTE: I originally wrote this on July 4th, but haven’t posted due to a busy work schedule. Better late than never, right?

Today we in the United States celebrate our independence.

I’ve spent a lot of time over the past few years visiting many places involved in the American Revolution. I’m almost finished writing a short story involving the war – but mostly the Battle of Bunker Hill, and that’s mostly why I’ve been researching and immersing myself in all things American Revolution. I’ve visited the Old North Bridge, where the “shot heard ’round the world” took place. I’ve visited Bunker/Breed’s Hill and stared up at the monument there. I’ve been to Concord and Lexington and I’ve walked the Battle Road Trail, both ways. I’ve been to the spot where Paul Revere and the rest of his compatriots abandoned their ships and left them to burn on the shores of the Penobscot River rather than let the British capture them. I’ve visited colonial-era homes and settlements, such as Colonial Williamsburg in Virginia and smaller places like the Tate House and the McLellan-Sweat Mansion and the Peleg Wadsworth House here in Maine. I’ve read firsthand accounts of the war like A Narrative Of A Revolutionary Soldier: Some Of The Adventures, Dangers, And Sufferings Of Joseph Plumb Martin written by Martin himself in his twilight years (who also ended up living in Maine – fun fact). I’ve also read other more academic fare on the subject such as The Real History Of The American Revolution: A New Look At The Past by Alan Axelrod, as well as The People’s War: Original Voices Of The American Revolution by Noel Rae, on top of many others. I’ve watched stylistic films on the war like Mel Gibson’s The Patriot. AMC’s Turn. History Channel’s Sons Of Liberty. I’ve even played video games about the Revolution, such as Ubisoft’s Assassin’s Creed III. I’ve seen documentaries, explored burial grounds, read official records, even acquired cookbooks and almanacs – and that’s not even touching how many museums I’ve visited to look at old artifacts from the era or the time I became a Revolutionary War reenactor in my teens. I guess what I’m trying to say is that I’ve studied a lot about the war and the time period in which it happened.

The reason for this isn’t just because the American Revolution was a “war”, and that despite how horrible they are – wars tend to be very dramatic and interesting. It’s not even because the time period was a turning point for our country in terms of carving out its own unique culture. It’s because of the idea behind what we wanted back then. No, it was not perfect. Many people of the time went on and on about how men should be free to do as they please, and yet still owned slaves. But the basic idea was there, and it is the basic idea on the founding of this country.

Ultimately, no country is perfect. No government stays incorruptible. No higher powers can go on for too long, unchecked. America is guilty of many things. Many, many things. But so is virtually everywhere else. The people of the colonial era, those farmers who dropped their plows and picked up muskets to come to the aid of their countrymen in Concord and Lexington – they’d had enough. They rallied, they expressed their dissent, they fought back.

We are living in a time where we are doing the same thing. For most, though (I hope), instead of picking up a firearm and charging government offices – we are holding rallies in front of government buildings. We are writing to representatives in government, we are creating online petitions, we are publishing blogs dedicated to the truth. We don’t have to turn to violence to get things done. People are fighting back for their civil rights. We’ve moved past the “right to vote” and have become embroiled in the battle for “self” – the right to live a life we want, without fear of persecution. The freedom for gay men and women to pursue marriage, the freedom to walk down the street without being profiled, the freedom to choose our own identity in terms of gender or anything else. We are free. Is it perfect? No, not by any means – because no place is. But we are on the right track. 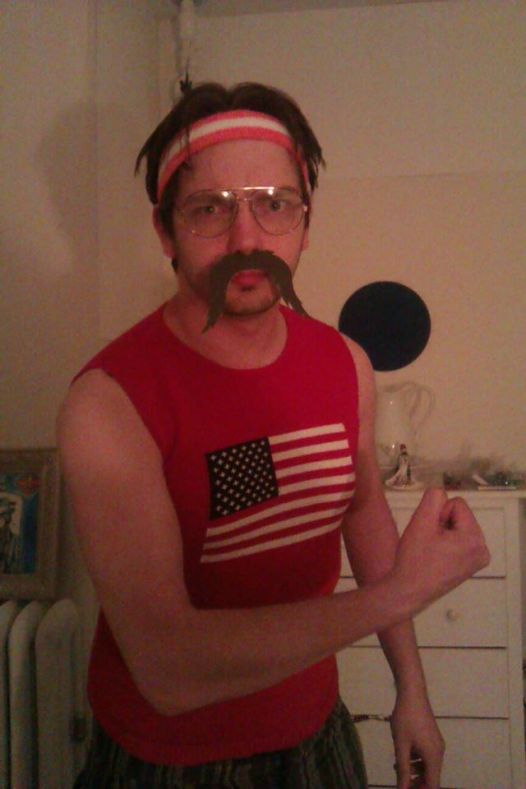